With the Anne luminaire, the brightness of the four segments can be dimmed separately by using the Sustainder Lighting app. Convenient when a luminaire causes light pollution because it shines too brightly into a home. This luminaire, which is based on energy-efficient LED technology, can be controlled and monitored remotely, immediate at installation. For example, it is possible to adjust the brightness, upload dimming schedules, etc.

This classic post-top luminaire is a widely applicable, future-proof luminaire. This luminaire is designed to use a different shape in residential areas than the traditional cone shape. With choosing this luminaire, you have all of today's smart lighting options, and are ready for the future. Thanks to our uniquely patented cassette system, the luminaire can be easily expanded with various sensors and can thus also function as a smart city hub. Areas of application for the Anne luminaire include city centres, squares, parks, car parks, footpaths and cycle paths and recreational areas. 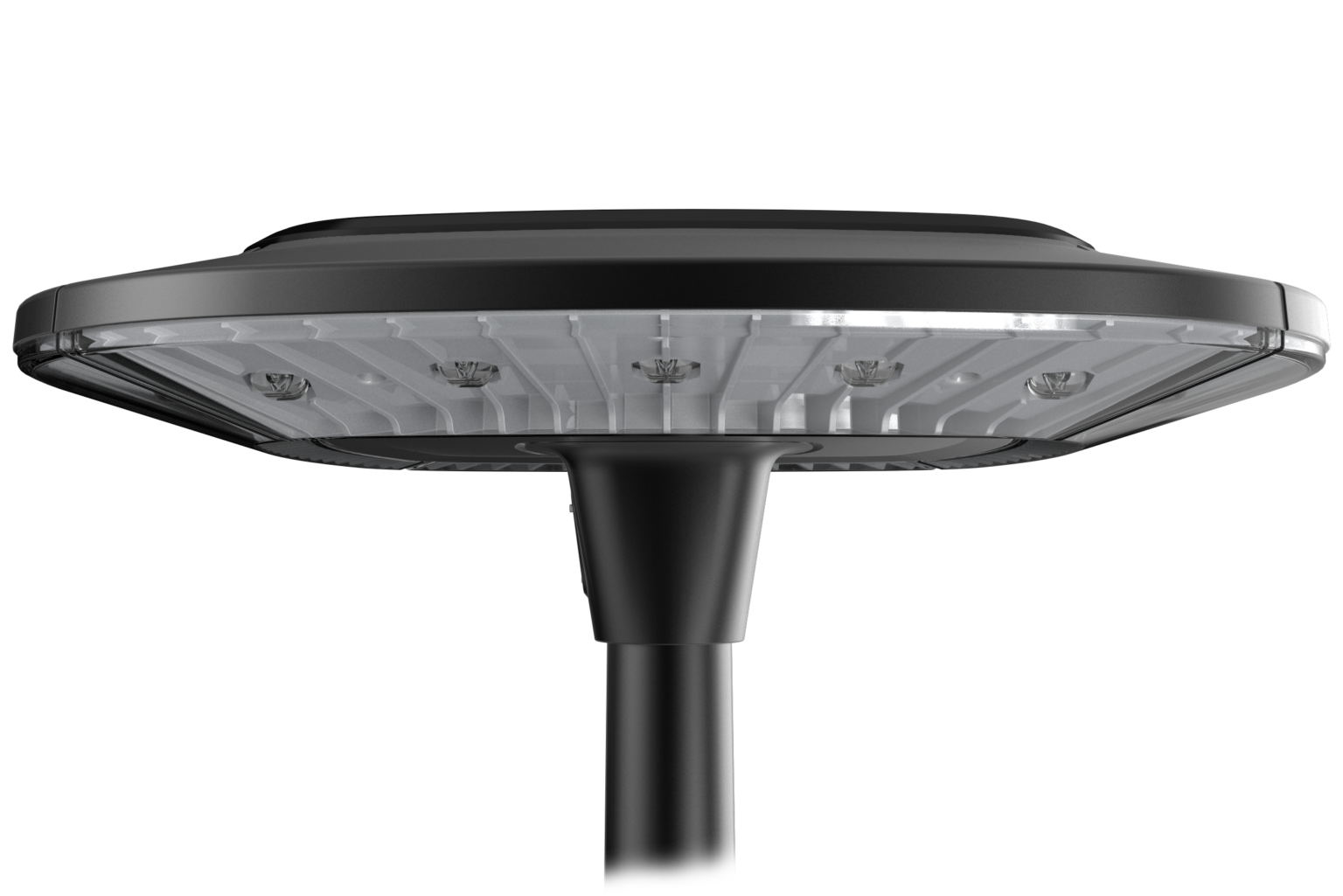 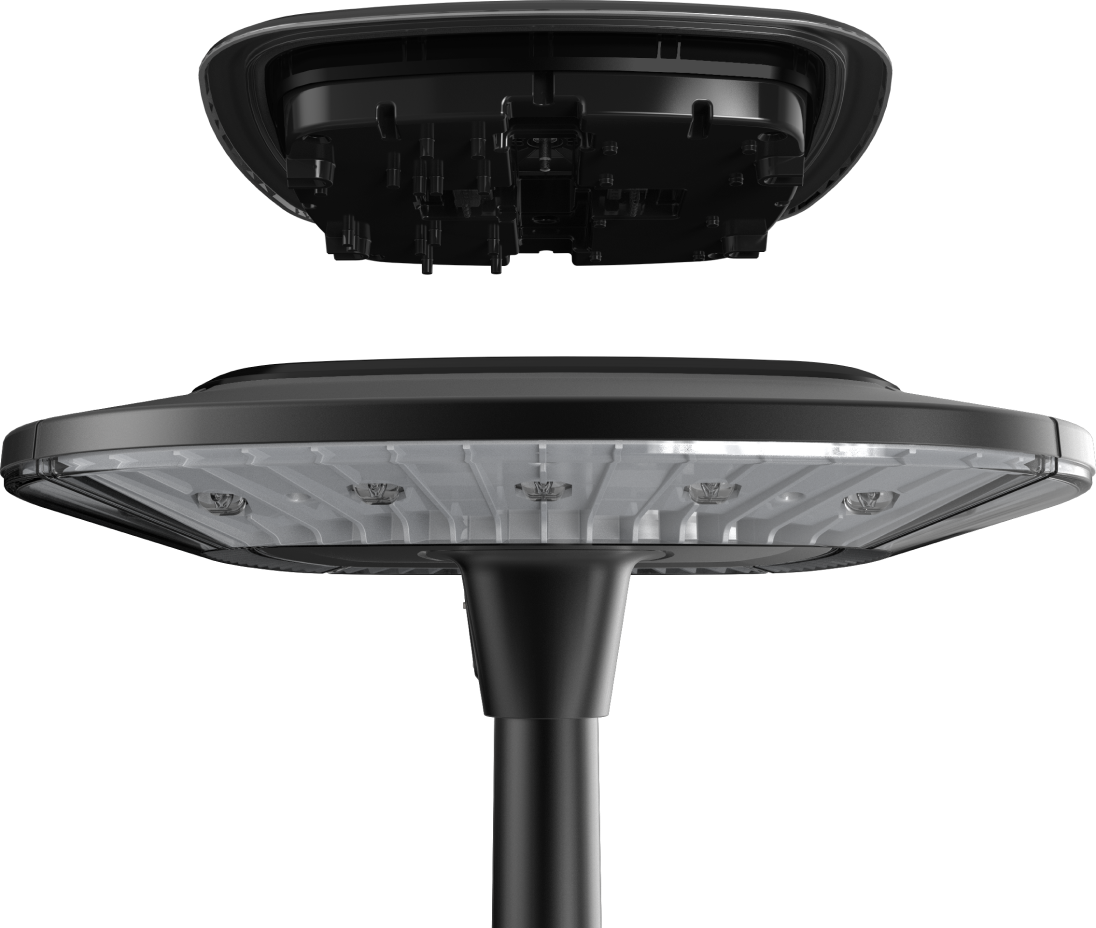 The perfect solution for light pollution

This luminaire, which is based on energy-efficient LED technology, can be connected online to any (back office) system via an API and can therefore be controlled and monitored remotely. In addition, the Anne has four independently dimmable sides. The luminaire contains various sensors that contribute to easy installation, low maintenance costs and a long service life.

Without a connection, no smart lighting

The temperature of the luminaire

Measuring the energy consumption per luminaire

For tilting of the light pole

Positioning of luminaire
The power of Sustainder

The cassette, including electronics, makes maintenance and installation very easy, so no tools are required.

The luminaires are made in our own luminaire factory in the Netherlands. In this way, we guarantee top quality that meets the prescribed quality marks and the specific wishes of you as a customer.

Our luminaires have a unique design, and the standard energy-efficient LED lighting guarantees a long service life.

Prepared for the smart city of the future thanks to the modular cassette from Sustainder.

We believe in fully open technology to enable the city of the future through open hardware (24V/230V), an open API and standards.

Configuration is automatic, and you will always be informed by error messages.

Ready for the future with our cassettes & services

Our modular cassette system makes it possible to use the public lighting infrastructure as set-up points for sensors and communication.

It starts with light

For a fine mesh network of small cells

Light when needed, dark when possible

change the color temperature for comfort and safety

Reduce unwanted noise at its source

Adjusting the lighting level in the event of incidents 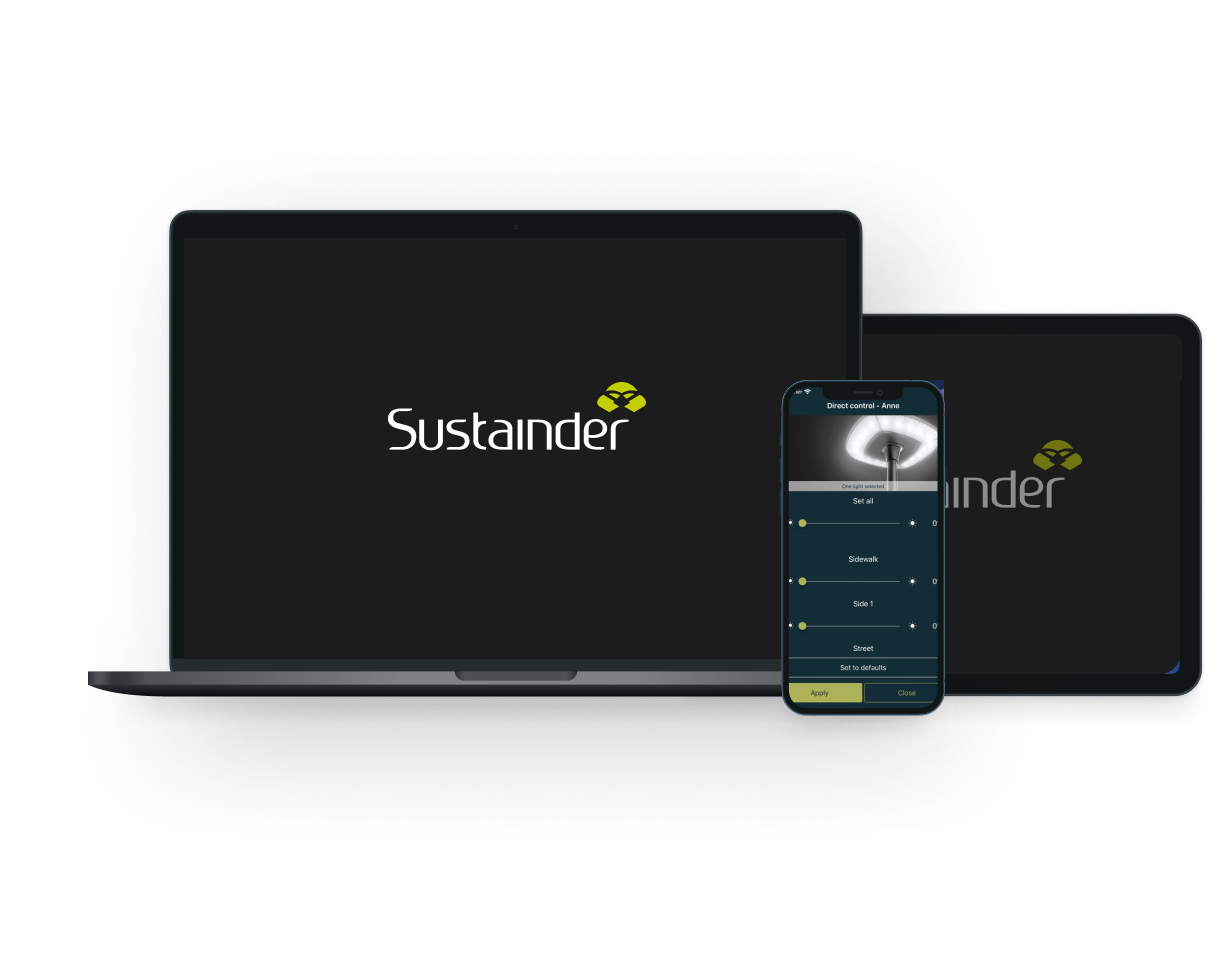 Integrations
The luminaires can be connected via an API and you can set up your platform to make the most of all the features of these smart luminaires.

More than 50+ partners have joined 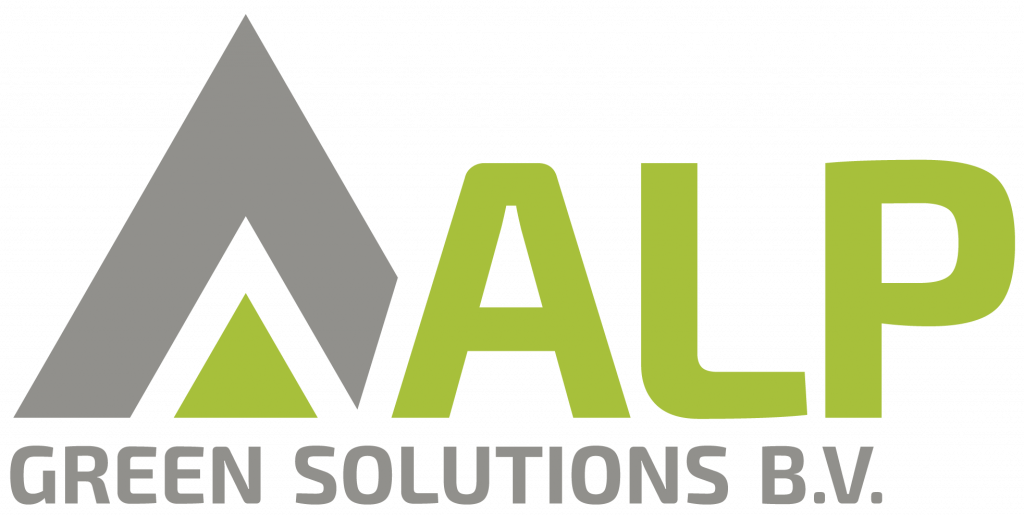 I have a question

Pdf file
It starts with light

Everything you need to know

The Sustainder Lighting App allows you to remotely adjust and read out all light settings, luminaire locations, energy consumption, dimming schedules and much more.

Sustainder luminaires are equipped with sensors so that they can indicate if they are malfunctioning and can even indicate tilting of the luminaires!

The Sustainder Lighting App is strictly protected and only the rightful owner of a luminaire can reach his or her luminaire after a two-factor authentication.

All Sustainder luminaires are equipped with our patented cassette system that allows you to add new technology and sensors in no time at all without replacing the lumianire.

Join the family.
Get ahead.

The world is struggling with a major energy transition; we are part of the solution. Join us and implement the Sustainder Family in your network. Together, we can accelerate the energy transition while shaping the public lighting infrastructure. Can we count on you?

Interesting use cases for a colleague

What challenges does your municipality face? Discover how Sustainder takes your network to the next level. Together, we will ensure that the Netherlands becomes smarter and safer, and that’s a good thing.